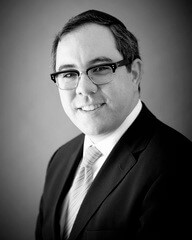 I must admit that Vayigash is my favorite Parsha.  The fact that this was my Bar Mitzvah Parsha (only a handful of years ago,) may have something to do with it.  However, with each passing year of age and experience, I find new rich meaning in the dénouement of the saga between Yoseif, Yaakov and all the brothers.
Imagine if Yoseif had decided to really punish his brothers as an act of vengeance.  While we may not be in favor of such action, we likely could understand why he may have acted that way.  After all, Yoseif had suffered a great deal at the hands of his brothers.  Instead, we find that Yoseif only silently rebukes his brothers (see Beis Haleivi) and chooses the high road.  Yoseif, as it turns out, has been channeling all of his efforts to put the family back together.  This was especially important given the fact that a long and arduous exile was about to commence.
The one thing that plagues the Jewish community endlessly is the lack of unity.  Seldom do we choose the path of Yoseif.  We often choose the path that makes us “Right” versus the one that makes us happy.  We hardly ever take the road less travelled.
As we still have fresh memories of Chanukah in our minds, we should remember what we can accomplish when we have Jewish unity.  Our beloved State of Israel is constantly under attack in an arena of warfare that we have not seen before.  Nations of the world are gathering together in number to deny our right to our homeland.  Students in major universities and colleges all over the world are being indoctrinated with anti-Semitic and anti-Israel vitriol that will formulate their critical thinking as they go out in to the world. The last thing we need amongst ourselves is a lack of unity.
Perhaps now more than ever, we should seriously consider taking that trip to Israel. Set the example for your friends, family and colleagues that we are one with our brothers and sisters in the Holy Land, regardless of what any newspaper or politician may have to say.  Now is the time for us to walk the path of Yoseif Hatzaddik.  Now is the time for us to show our support for Israel.
I hope to see you there!