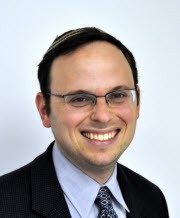 Rabbi Starr is the rabbi of Young Israel of Toco Hills in Atlanta, GA.

Moshe, the fearless leader of the Jewish people, left the comforts of royalty to lead his enslaved brethren, and led the people out of Egypt culminating with the splitting of the sea.

But Moshe is most famous for what we read in this week’s Torah Portion.  He is moshe rabbeinu, Moshe our master, and he taught us, Torat Moshe, the Torah of Moshe. He ascended Sinai to receive the Torah on our behalf.  Moshe kibel torah misinai, Moshe received the Torah on Sinai.”

Moshe is the intermediary between God and the Jewish people…yet the portion we read this Shabbat, the portion in which the Ten Commandments are given to the children of Israel, is not ascribed to him. His father-in-law, acting as only a true in-law can, comes in and takes all the credit.  It’s Yitro, the pagan priest, kohen Midyan, who receives the honor of having his name describe this Torah portion containing the highest religious experience of our people: Matan Torah, the revelation at Sinai. It is Yitro’s name that has been associated with the Ten Commandments as they have been read in synagogues throughout the world, every year for hundreds and hundreds of years. Why does Yitro receive this honor? Was Moshe the ultimate teacher of Torah in Israel not worthy?

I would like to strengthen this question further. There is a long standing dispute going back to the Talmud about the placement of Exodus Chapter 18, wherein Yitro comes to Moshe and advises him to create a judicial system.

According to one opinion, Yitro Achar matan Torah haya,  Chapter 18 in reality occurred following the giving of the Ten Commandments even though it is written before following the principle of ein mukdam umeuchar batorah, that the Torah is not always ordered chronologically.

As a methodological note, it’s important to realize that the principle of ein mukdam umeucahr batorah is never used randomly; rather, there must be a reason to place it where it is that supersedes chronology.

The commentary of the Or Hayyim Hakadosh explains, “It seems that the reason (that the story of Yitro is placed as a prelude to matan Torah) is so that God could show the generation of the children of Israel, and every generation, that great and enlightened minds exist in other nations; go and learn from the enlightenment of Yitro himself…”

I would like to suggest based on the Or Hahayim, that the Torah is teaching us an important lesson. As we read about the receiving the Torah, the symbol that we are God’s chosen people, and as we read that we are an  “am segulah mikol haamim”, a nation set aside from others, we  must recognize the value and worth of other people and peoples and what we can learn from them. In Chapter 18, where Moshe hears and accepts advice from Yitro, we find an example of understanding and mutual respect, a harmonious relationship where two people with very different backgrounds can learn from one another.

By placing the story of Yitro right before the giving of the Torah, thereby causing this portion to be called Yitro and not Moshe we learn  that we don’t have a monopoly on wisdom. Yitro and his advice are a part of what makes up our Torah.

This is the blessing of the modern State of Israel. It’s a Jewish state that celebrates our unique particular identity as Jews. The calendar and flow of life in Israel is guided by Jewish tradition, Torah and culture. At the same time, it is a modern state incorporating the best of the wisdom of the world thereby emerging as one of the most prosperous and innovative countries.  May the Yitro and Moshe elements of Israel continue to grow and thrive side by side for many years to come.