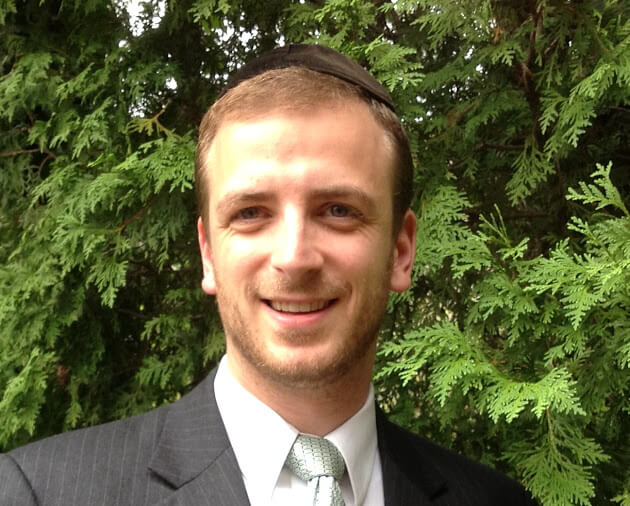 Rabbi Yonah Gross is the rabbi of Congregation Beth Hamedorsh in Wynnewood, PA.

How much are we really told about Moshe’s life? We know that he was born, cast into the river, and eventually rescued by the Princess of Egypt. When he got a little older, he saved a Jew from the torturous hands of an Egyptian only to be rebuked the next day by two fighting Jews. He then ran away from Egypt to Midian and upon his arrival met the daughters of a Midianite Priest, married one of them and then…? Silence.

The silence lasted decades until Hashem revealed himself to Moshe at the burning bush. What had Moshe been doing in the interim?

The Torah tells us that Moshe “desired to dwell with (Yisro)” (2:21). The Talmud (Sotah 11a) explains that Yisro had also been in Egypt before running away. He was one of Pharaoh’s advisors and was consulted on how to solve the ‘Jewish Problem.’ When Yisro realized Pharaoh’s intention to throw all the Jewish baby boys into the Nile, he ran away in protest. Yisro, then devotes his life to meditation and the pursuit of personal religious fulfillment.

This is what Moshe wanted when he ‘desired to dwell with Yisro’. Moshe was disappointed by the reaction of Jews to his courageous act of killing the Egyptian. He even doubted whether they were really fit for redemption (Rashi 2:14). Moshe felt it more appropriate to give up on public life and focus on his own religious growth as Yisro was doing. Such was the life he was living until he was confronted by Hashem at the Burning Bush.

How does Chazal view the actions of Yisro in running away to the seclusion of Midian? The Talmud initially praises him, and as a reward for his protests of Pharoah’s plan, he merited to have descendants who served as members of the Sanhedrin. However, perhaps he should have done more.

The Torah (Shemos 18) describes Yisro’s meeting with the Jewish people in the desert. We read that Yisro came inspired by all the news he had heard about the great miracles that Hashem had done on behalf of the Jews. He stayed for a bit, gave Moshe some meaningful advice on how to delegate the powers of leadership, and then abruptly left before the giving of the Torah (18:27).

The Midrash (P’sikta d’Rav Kahana 12:118) comments that the reason for his sudden departure was that he was not going to be permitted to partake of the receiving of the Torah. “Hashem said the Jews were forced to work with cement and bricks while Yisro lived in relative security in Midian, and now he comes to receive the Torah?!”

God desires a relationship with those that look to help the Jewish people. Moshe responded to the need of the enslaved Jews and, despite his trepidation, left a secure existence to return to Egypt and lead the exodus. He saw the opportunity to redeem the Jewish people from hardship, and seized it. Yisro, despite knowing of the challenges facing the Jews and that Moshe was going back to Egypt to help them, stayed behind content to work on his personal growth. As a consequence of their respective decisions, Moshe was granted the opportunity to deliver the Torah at Har Sinai while Yisro wasn’t even allowed to attend the festivities.