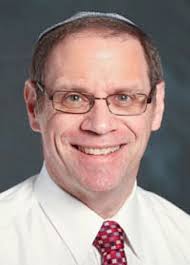 “Noah was a just man and perfect in his generations” (Gen 6:9).  As is well known, this description of Noah is subject to contradictory interpretations.  Rashi explains that “there are those among our rabbis” who interpret “in his generations” sympathetically—despite his evil surroundings Noah succeeded in being righteous.  “There are some others” who interpret the phrase disparagingly: had Noah been born in a more righteous generation and been influenced by good people, he could have been even more righteous.

Pay careful attention to Rashi’s language which refers to Noah’s advocates (yesh me-rabboteinu dorshim) as “our rabbis,” and to his detractors (ve-yesh she-dorshim) as “some others.”  The difference is this:  different people interpret and respond to the same set of circumstances differently.  Our own experiences in interpersonal relationships, religious practice, and political discourse bear this out.  The lesson is this: “Rabboteinu,” religious personalities engage in elevated and respectful conversation and debate while “some others” react with cynicism and condescension.  This is not to suggest that religious personalities cannot be critical and need to be naïve and Pollyannaish.    On the contrary, they are to bring critical eyes informed by Torah-prescribed values and moral judgments to every situation.  However, religious personalities make and express these judgments with generosity of spirit, empathy, and respect.  In fact, both of the groups that Rashi cites are critical of Noah: he was not a perfect tzaddik.  But Rashi teaches us that it was not in what was said, but in how it is said, that distinguishes rabboteinu from others.

However, what rabboteinu and the others do have in common is that both groups are doresh the same set of facts.  In our post-truth world, one in which facts are ignored and data is manufactured at will—as we saw last week with UNESCO’s resolution on Jerusalem which denies the historicity of the Bet Hamikdash and the Jewish connection to Jerusalem—there is no yesh ve-yesh, no two sides to the debate.  And now each of us lovers of Zion must be a Doresh Tziyyon—one who advocates and speaks out for Jerusalem.  In this “debate” there are only two camps:  One group is composed of “She is Zion- and she has no doresh (advocate)” (Jeremiah 30:17), and one group is composed of those who for the sake of Jerusalem cannot be silent (Isaiah 62:1).  In which group will you be counted?