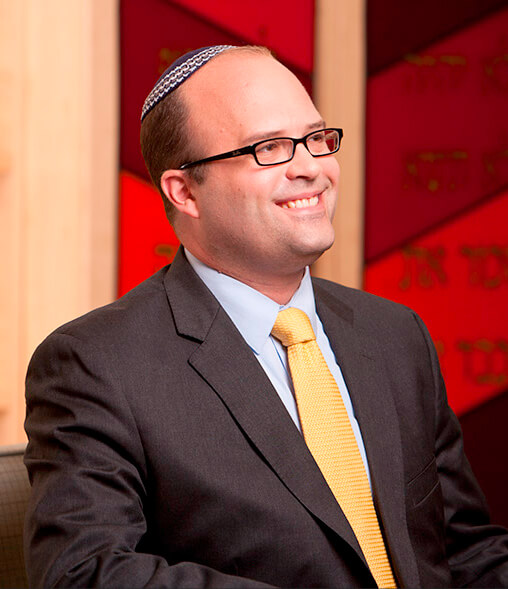 Rabbi Weinstock is the rabbi of Congregation Kehilath Jeshurun in New York, NY.

“Ha-chodesh ha-zeh lachem rosh chadashim – This month shall be the head of the months for you.” (Shemot/Exodus 12:1)
The very first commandment given to the entire Jewish people is the mitzvah of the Jewish calendar. They were on the road from slavery to freedom. A slave is not in control of his own person, and his entire existence is subjugated to the master. He certainly does not set his own schedule. The first commandment highlights the freedom the Jews would soon enjoy: they are to become masters of time. This freedom comes with responsibility. Time is not just something to fritter away. God informs the Jewish people that “Jewish time” means “sacred time.” The Jewish calendar – from the set times of the day for prayer to the Shabbat each week to the festivals at specific times of the year – is an exercise in sacred time. The Jewish people must realize that their freedom is not a license to waste time; rather it is a mandate to elevate it.

The Jewish calendar is unique in that it is a lunar calendar, and the Jewish months are dependent on the cycles of the moon. These cycles are fixed. The new moon starts off very small, just a sliver. It grows until it hits it full size, and then it begins to shrink again. It disappears into nothingness before the cycle begins anew. Rabbi Samson Raphael Hirsch, the Chief Rabbi of Frankfurt, Germany in the 19th century, notes that this regular cycle of the moon helps reinforce the message of the Jewish calendar. Every month, God provides us with a consistent opportunity to find our way back to Him.

The profound lesson of Jewish time can help us understand the journey of the Jews throughout history. Throughout the ages, we can identify periods of success and failure; light and darkness; growth and diminution.

Think about how some of our darkest moments were followed by bursts of inspiration, creativity, and growth.

After the destruction of the first Beit Hamikdash, Jews like Daniel and Mordechai helped blaze a trail for how to live in galut. Upon the return from exile, Ezra and his Beit Din helped develop Jewish prayer so that Jews speaking different languages could unite in prayer. After churban Bayit Sheini, Rabbi Yochanan Ben Zakai ensured Jewish continuity through Torah while the redaction of the Mishna and then Gemara anchored our connection to Torah.

The expulsion of the Jews from Spain in 1492 led to the growth of the Jewish communities in Europe and was followed in short order by the codification of Jewish law and then the illumination and impact of Kabbalah. The Chmielnitzky massacres were followed by the rise of the Chasidic movement as well as intensified Torah study and the rise of the Yeshiva.

In the last 100 years, we’ve seen war, destruction, and Holocaust followed by incredible renewal. A strong diaspora (especially in America) thrives and Jewish learning can be found all over the world at unprecedented levels.

Of course, there is ראשית צמיחת גאולתינו, the first flowering of redemption, as the State of Israel was established. There is no greater example of the possibility of חדש ימינו כקדם, of being on a path to the great days of our past, than Israel. If Jewish history is a reflection of Jewish time, then Israel represents the alarm clock ringing loudly that we have so much to contribute to the world. Israel is a thriving democracy with a growing economy and cutting edge technology, a true “start up” nation. At the same time, it serves as an inspiration for all Jews to connect with the Torah, traditions, and history of our ancestors. It’s a time machine that connects the past and future while inspiring the present.

Just as Jewish time is a constant in our religious lives, so, too, is the march of Jewish history. No matter where we are or how difficult the times, the Jewish calendar reminds us of our ability to sanctify time, connect with the Divine, and have faith that the best is still yet to come.