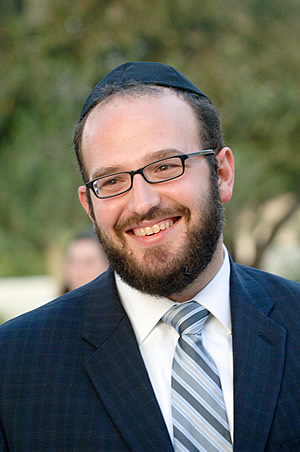 Rabbi Marcus is the rabbi of Congregation Israel in Springfield, NJ.

Earlier this week, on the 10th of Shevat, was the yahrzeit of Rav Yissachar Shlomo Teichtal hy”d, the author of a sefer written during the dark days of the Shoah, Eim HaBanim Semeichah, a work that quickly became among the most influential books forcefully arguing for the principles of the Religious Zionist Movement. Rav Teichtal was killed on a train on his way to Mauthausen, while defending the honor of a fellow Jew. To commemorate the yahrzeit of this great tzaddik, I would like to share a teaching from his sefer that is from this week’s parsha.

In Shemos 14:15, when the Jews are trapped between the sea and the approaching Egyptian army, Hashem tells Moshe Rabbeinu, “Why do you cry out to me? Speak to the Bnei Yisrael that they should travel.” Many meforshim wonder why one of the most effective tools of the Jewish People, Tefillah, at this point is rendered ineffective. Rav Teichtal explains that faith alone, and Tefillah as an expression of our emunah, at times needs to be accompanied by action. Words alone are not enough. Taking action demonstrates that the person’s faith has been internalized and is real. This is why the Bnei Yisrael needed to travel forth, thereby meriting the Divine Salvation of Krias Yam Suf.

Rav Teichtel says that the Exodus from Egypt is the prototype for all future redemptions. Especially when it comes to our belief in Mashiach, faith and prayer is not enough. We need to take action. He argues that when we take concrete steps to ascend to Eretz Yisrael, then Hashem will bring the Geulah Shelaimah.

Since the horrors of the Holocaust, the Jewish People, and specifically the Religious Zionist Community, have taken significant, concrete steps towards the Geulah Shelaimah. However we must not grow lax in our commitment to Yishuv Ha’Aretz. Especially for us Jews who live outside the land of Israel, we must heed Rav Teichtel’s call, and answer the question: what concrete steps are we taking to build up the land?