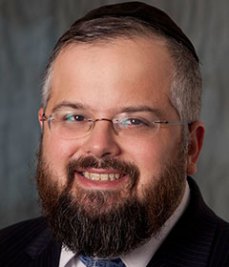 The commentators offer various reasons for the mitzvah of Gid HaNasheh — the prohibition of eating the sciatic nerve — which is mentioned is this week’s Parsha.  Why should the injury of Yaakov Avinu be so significant that it needs to be marked by a prohibition applying to all future generations?

The Da’at Zekeinim MiBa’alei HaTosafot shares an insight about this mitzvah which speaks to a powerful way we can connect to some modern-day Jewish heroes:

The Torah tells us that Yaakov remained alone, separated from his family, when he battled with the angel.  Yaakov’s older sons, who were already teenagers at this time, should never have left their elderly father alone, say the Ba’alei HaTosafot.  They should have stayed and protected their father; had they done so, perhaps Yaakov would not have been injured.  The prohibition of eating the Gid HaNasheh serves as an eternal reminder to never abandon those who are vulnerable and leave them alone.

Loneliness is not only dangerous physically; it can be destructive spiritually.  Noting that the angel is associated by Chazal with the yetzer hara, Rabbi Chaim Shmulewitz points out that our Parsha teaches that when one is left alone, without the support of like-minded friends, he is particularly susceptible to the yetzer hara.  For that reason, when Chazal offer advice to counteract the yetzer hara, they recommend “dragging him into the Beit HaMidrash (study hall).”  Learning Torah alone is insufficient to counter the yetzer hara; one needs to be part of a “Beit Midrash,” a community of like-minded individuals who can support one religiously.

The mitzvah of Gid HaNasheh gives us a mandate to ensure that no one is ever left alone or abandoned.  While this mandate extends to many people in our communities, I believe we have a special obligation to young men and women who can truly be considered modern-day Jewish heroes:  the Chayalim Bodedim or “lone soldiers,” soldiers who volunteer for service in the Israeli Defense Forces and have no family living in Israel.

Our Lower East Side community has several young men who are currently serving in the IDF while their families are in the States.  I am sure that is true of many, if not most, of our communities.  What can we do, both in our individual neighborhoods as well as in the community at large, to convey to these brave and altruistic individuals that they are not alone?  How can we show them that we deeply value their act of voluntarily putting themselves in harm’s way in order to protect the Jewish people and the State of Israel?