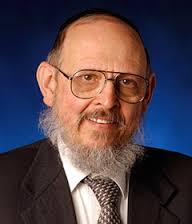 Many commentators have questioned the lack of an introduction to Hashem’s command of “Lech Lecha” to Avraham.  The Torah doesn’t indicate why Avraham is chosen. A prospective that sheds light is to contrast Avraham’s own sense of mission and that given to him by Hashem.

If one examines what Hashem asks from Avraham and what he promises him, the focus is on his acquiring the land of Israel through settling the land and in return he will have many descendants and his name will be blessed. What is missing is any mention of a relationship between Hashem and Avraham. This relationship is first introduced with respect to Avraham’s descendants in conjunction with the command for his and their circumcision and the covenant that accompanies it.

In numerous places we are told of Avraham setting up an altar and calling out in Hashem’s name.  After his saving his nephew Lot and defeating the four kings, Avraham is adamant about not allowing the king of Sedom to claim that Avraham was fighting for the spoils of war and not for a more noble purpose. This would counter Malki-tzedek’s recognizing that the victory should lead to praise on an eternal G-d.

As Rashi in the name of Chazal explains the reference to the souls that Avraham and Sarah made in Haran is to those that they convinced to become monotheists. Avraham, on his own, recognizes that there is one G-d. He accepts as his mission to combat idolatry.  A goal that can and should be achieved in every land.

Avraham’s mission does not depend on Hashem’s revelation and is the given context for the revelation and command to leave his home and family and travel to the land of Canaan. The relationship between Hashem and Avraham is initiated by Avraham succeeding in recognizing Hashem’s existence.

On the surface the command to move to Canaan doesn’t enhance this mission.  If anything it makes it harder. The blessings that are given to Avraham that he will found a nation, his name will become great and that he will be a source of blessing serve to reassure him that he will have success in his mission and that he will have descendants to continue in his footsteps. That this will be connected to a particular land is new and not a concept that Avraham could have understood without Hashem’s revelation. Avraham now has to incorporate Hashem’s vision and promises to him in rethinking the goal he had determined by himself.

Hashem informs Avraham that a place can have sanctity and that the ultimate success in creating a model to teach the world about Hashem’s existence and vision for human behavior will come through a holy nation of his descendants. The combination of a people living a life committed to Torah in a sanctified land will be the vehicle of spreading monotheism and a life of justice and righteousness to all of humankind.