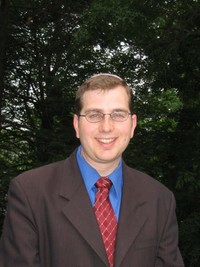 When Avraham purchases the Meorat Hamachpeilah for a permanent resting place for his wife Sarah, he was buying more than just burial plots for his immediate family. With this purchase, not only does Avraham establish a sight that would be considered sacred to the Jewish people for eternity, but he also sets the framework for the status of future land purchases in the land of Israel.
Avraham’s deal is one of three places that the Tanach describes a Jewish purchase of the land of Israel. The other two are Yaakov’s purchase of Shechem for 100 kesitas, and Dovid’s purchase of the Temple Mount for 50 pieces of Silver. In each case, the buyer insists that the land be paid for in full, rather than receiving it as a gift or taking it by force.
The symbolic status of these three location remained significant throughout the Tanach. Dovid establishes his first palace in Chevron, and it is there that Avshalom begins his rebellion to take the throne. Shechem, which was to becomes the burial place of Yosef and Yehoshua, is the chosen destination for Rechavam, Shlomo’s son and successor, to declare himself as the new King. The Temple Mount and its surrounding area, was where young Shlomo was coroneted as the true heir to the throne by the Gichon valley just outside Har Habayit, and it is from this same mountain that tradition believes, that Eliyahu will descend to announce the arrival of the Moshiach.
Why do these three locations hold such unique prominence in Jewish History and specifically with Kings? Why do these three locations hold such a special place in our hearts, perhaps more than other sites in all of the land of Israel? And why are each of these spots arguably the most contested by our enemies?
Perhaps it is because they were acquired via a financial purchase.
The Torah instructs us “You shall possess the land, and you shall settle it” (Bamidbar 33:53). The Rambam points to this verse as the source of the Mitzvah of conquering the land of Israel. The Mitzvah is of such importance, that the Halacha states that one is permitted to violate the Rabbinic Laws of Shabbat in order to take possession of the land (Orach Chaim 206:11). While the most natural means of conquering the land is by use of military force, one can fulfill this Mitzvah just the same with a monetary purchase of the land.  In fact, I’d like to propose, buying the land would actually be the preferred mode of conquest, as it is the fulfillment of the Messianic dream outlined in the second chapter of the book of  Yeshayahu “They shall beat their swords into plowshares and their spears into pruning hooks; Nation shall not lift sword against nation and they will no longer study warfare.”
By insisting on procuring the land through money, Avraham, Yaakov and Dovid all lay the groundwork for the ultimate settling of the Holy Land.  It was through their foresight, that the torch of land purchase was passed to more recent heroes such as Rothschild, Montefiore, and other supporters of Keren Kayemeth Le’Yisrael. It is they who remind us that although we are currently forced to defend our land through military means, we pray for the time that G-d will spread a canopy of peace upon our beloved homeland, and we can all settle the entire land without war.
May we see it soon in our days.