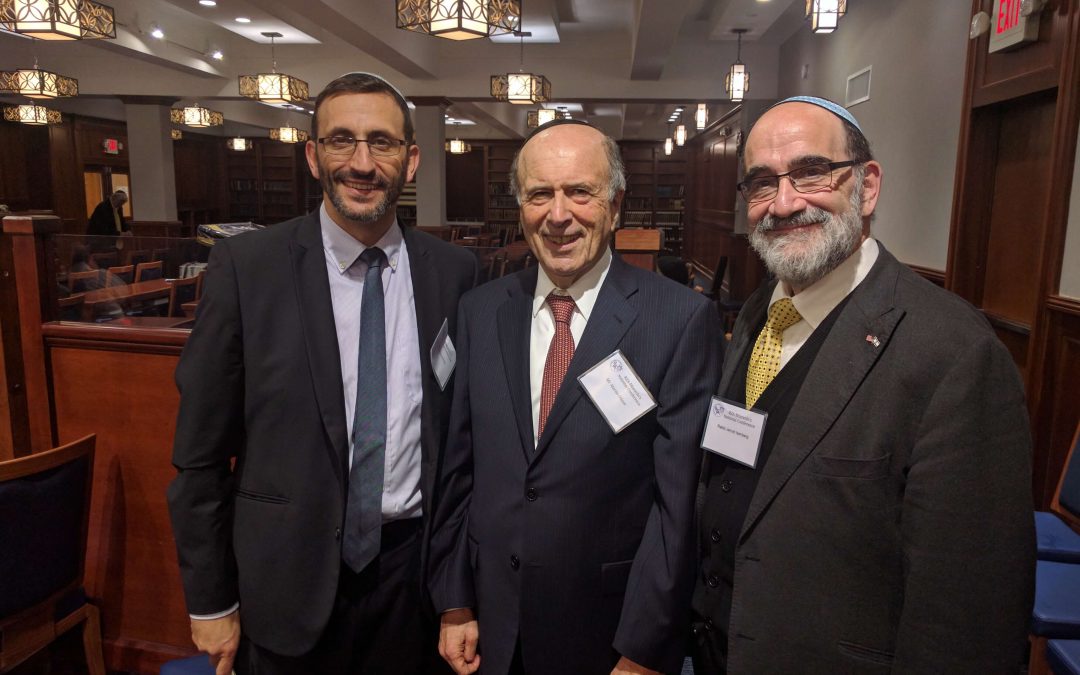 A new board was installed including Presidium members Mr. Martin Oliner of Lawrence, NY, Rabbi Leonard Matanky of Chicago, IL and Dr. Ernest Agatstein of Los Angeles, CA. Rabbi Solomon Rybak was installed as the new Chairman of Mizrachi.

Dr. Agatstein said “this marks a significant turning point for the RZA as we’ve now opened an office in Manhattan and are seeing a great new energy within the organization. Rabbi Gideon Shloush was recently appointed as the Executive Vice President of the RZA-Mizrachi and there was a wonderful vibe of good things to come.”

At the conference Rabbi Schachter spoke about Religious Zionism and why he celebrates the State of Israel. He emphasized the impact that the State of Israel has had on the spread of Torah across the United States. The phenomenon of students spending “a year or two or three studying in Israel” has raised the caliber of Torah communities here in America. Rabbi Schacter also suggested that there needs to be more rabbinic leadership participation and involvement in the RZA.

Rav Perez graciously made the trip from Jerusalem to show his support and address the attendees. He spoke about the important partnership that exists between World Mizrachi and the RZA. He also highlighted the significant year that we are in as this coming May 22-25 Jews from around the world will be converging on Jerusalem for a historic, mega-celebration on the occasion of the capital city’s 50th reunification anniversary.

Keynote speaker Bret Stephens gave a brilliant talk sharing the advice that he would give the next President. Mr. Stephens emphasized that American leadership must address the Iran deal, have a plan for domestic upheavals and find a way to resolve the situation in Syria. He said that we may not be interested in the Middle East but they are interested in us. If we turn our backs on the Middle East it will only continue to chase us. He reminded that you cannot win over our enemies by changing our policies. President Obama has tried this unsuccessfully. The enemy hates us because of our values. Ultimately, Mr. Stephens said “as it goes with Israel so it goes for all of us.”

Rabbi Shloush spoke extensively about new plans for the RZA. Plans are underway to establish new chapters in communities across America. He reminded that there are so many dati tzioni rabbis and layleaders around the country. “We will unite them. And through strategic partnerships we will highlight what they are doing to promote Religious Zionism and an attachment to Medinat Yisrael in their neighborhoods and cities.