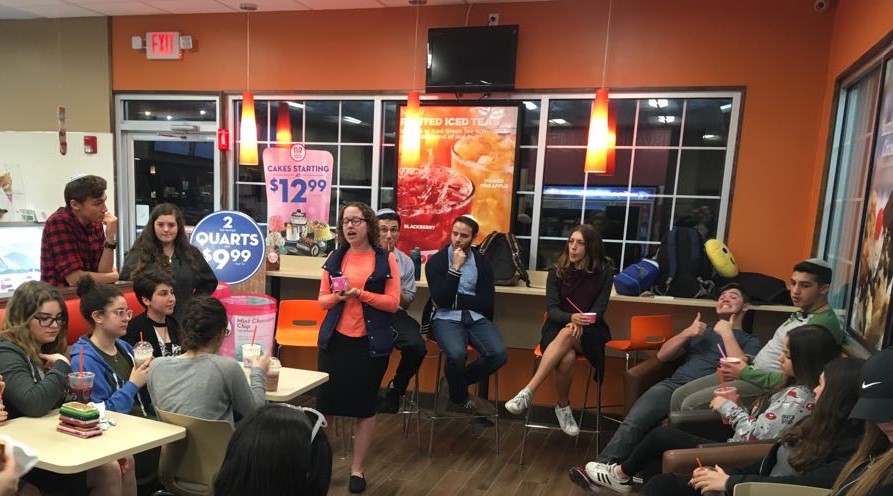 This past Thursday, Monsey NSCY’s Latte & Learning had the privilege of being joined by three guests, each coming to answer questions on three major contributions that they made, or will be making, to Israel. Adi Ciner, an undergraduate at Yeshiva University, told us about his experiences in the Rabbanut corp in the Israeli army, and his struggles with adjusting to the different culture. Brandon Lurie shared his reasons for his decision to make aliyah this coming August. Adina Cohen, our very own MONCSY advisor, told us about Sherut Leumi, Israeli National Service, and how she spent her time there. Amongst the many questions, several NCSYers wondered if it was difficult to be so integrated in Israeli culture with a limited knowledge of the Hebrew language. Adi agreed that it was challenging and frustrating, but he got through it and improved his Hebrew in the process. Another popular question, aimed to Brandon specifically, asked what the most difficult part of leaving America was. Brandon admitted that leaving his family behind is definitely his biggest challenge, but he firmly believes that Israel is where we belong, so it was a sacrifice he is willing to make. Our guests came as part of the Religious Zionist of America Aryeh Fellowship, and we would like to thank both the organization and panelists for enlightening us on their amazing experiences and contributions to Israel. 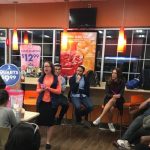