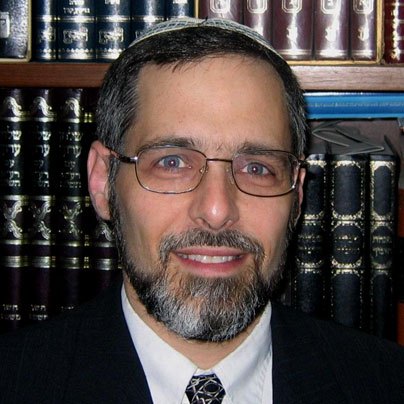 Twice a day we recite the second paragraph of Kri’at Shema, taken from this week’s parashah.  By the age of twenty, we have said it well over 10,000 times!  If we have paid any attention to what we’ve been saying, we know that it talks about the blessings we will receive if we observe God’s commandments and the punishments we will receive for transgressing them.  But if we look a little deeper – at the Midrash and the commentaries – we will find that it also contains the most compelling argument for aliyah to Eretz Yisrael.

The Torah states:  – Take heed for yourselves, lest your heart be seduced and you turn aside and serve other gods and bow down to them.  Then the Lord’s anger will burn against you, and He will stop up the heavens so there will be no rain, and the ground will not yield its produce; and you will quickly perish from the good Land that the Lord gives you (11:16-17).  Immediately following these verses, the Torah commands us to wear tefillin, teach our children Torah, and affix mezuzot to our doorposts.  Seemingly, there is no connection between these sections.  However, Chazal and practically all of the commentators think otherwise.  Midrash Sifrei (Eikev 7) states:

It is clear from the language of the Midrash and the context in which it is stated (the juxtaposition between exile and mitzvot such as tefillin and mezuzah) that the Midrash is referring to all 613 mitzvot.  That is, whenever a Jew performs mitzvot outside the Land of Israel, even mitzvot that do not depend on the Land, he is merely “practicing” for when he eventually returns home (we will elaborate on that in a minute).  But just in case you are doubtful and think that the Midrash is referring only to land-related mitzvot, Rashi adds four crucial words (in Hebrew): “Even after you are exiled, make yourselves distinguishable through mitzvot; don tefillin and make mezuzot, so that they will not be new to you when you return…”

What exactly is this Midrash saying?  Is it saying that we do not really have to keep the mitzvot outside of Eretz Yisrael (God forbid)?  Absolutely not!  The Mishnah in Kiddushin (36a) dispels any such thought: “Any mitzvah that depends on the Land applies only in the Land; and [any mitzvah] that does not depend on the Land applies both in the Land and outside the Land…”  So what does the Midrash mean?  I believe that Rabbeinu Bachya explains it best:  “This means that even though we perform the mitzvot in Chutz LaAretz and they are personal obligations, to be kept everywhere, our Sages z”l teach us that their main fulfillment is only in the Holy Land.”

When God chose the Jewish people to be His special Nation, He also chose Eretz Yisrael to be His special Land.  And He intended for His special Nation to keep His commandments in His special Land.  This is stated explicitly many times in last week’s parashah.  For example: Behold, I [Moshe] have taught you statutes and ordinances, as the Lord my God commanded me, to do so in the midst of the Land to which you come to possess it (4:5); The Lord commanded me at that time to teach you statutes and ordinances, that you shall perform them in the Land into which you are crossing to possess it (4:14).  See also 5:28 and 6:1.

It is obvious that the mitzvot are meant to be kept in the Land that when God threatened the Jews with exile He was “afraid” that they would say, “OK, but once we are exiled there is no reason to keep mitzvot anymore.”  Therefore, HaShem said, “It is true that the main fulfillment of the mitzvot is in Eretz Yisrael, but I command you to continue observing them in the Diaspora, so that you do not forget how to do them when you eventually return home.”  In other words, we observe mitzvot in Chutz LaAretz for practice, but we are obligated (mi’deOraita – biblically) to do so.

There are so many reasons for a Jew to live in Eretz Yisrael.  But when you really think about it, this is the most compelling reason of all.  For, what does it mean to be a Jew if not to keep God’s commandments?  In other religions, it is enough to just believe, but in Judaism actions are paramount.  In the above-cited Midrash, Chazal tell us that all of our mitzvot are much more meaningful when performed in God’s Chosen Land.

For close to two thousand years, we had no choice; we had to settle for second best – for the level of “practice.”  Nowadays, however, every Jew has the opportunity to achieve the real thing, to keep the mitzvot the way they were originally meant to be kept.  How can anyone just ignore and pass up such an opportunity?