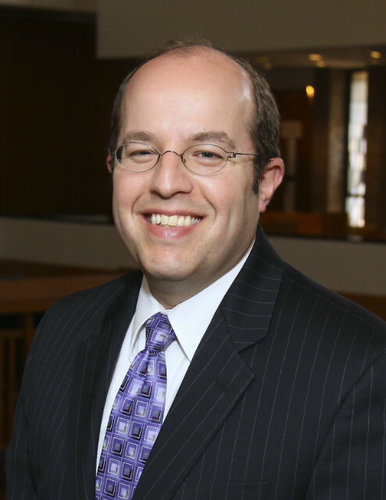 Rabbi Cohen is the rabbi of Congregation Agudath Sholom in Stamford, CT.

These words of Avraham to the inhabitants of Canaan embody the dual role of Jews throughout the generations. We both live in the world and outside the world. Avraham courageously stood as a majority of one in opposition to the pervasive idolatry of the time. He understood the importance of standing on principle even at personal risk. Had he cowered in the face of external pressures, we would not be here today as the bearers of Torah, stewards of the land of Israel and the ambassadors of ethical monotheism.

During the exodus from Egypt, the lesson was reaffirmed. God only saved those Jews who were willing to place the blood of the god of the Egyptians on their doorpost. Every year, we ask must ask ourselves, “What values are we willing to fight for?” It is a question that is fundamental to the Pesach experience.

Coupled with our particularism, Avraham also declared that he is a citizen of the world. We embrace our role to be engaged in serving as a light unto the nations. We bear a timeless responsibility to repair the world. Judaism comes first but our mission must be harnessed to enrich the world around us.
What does it mean for you to be Jew in the modern world? We do not have to choose between being human and being Jewish. The modern land and state of Israel embodies this idea. As an example, I want to draw your attention to a wonderful company based in Israel, Tikun Olam Makers, (TOM) that embodies this dual message. They have received a grant from Google as part of its Challenge focused on making the world more accessible for people with disabilities. Click here to learn more at tomglobal.org.

On a personal level, I was reminded of this transcendent and timeless mission my first time leading my own seder.  It was magical. As I was about to begin, I realized I was not wearing a kittel. Walking upstairs into a dark closet I felt around and found it.  As I placed the kittel onto my body, I experienced the sensation that my father was literally taking off his white garment and placing his onto my shoulders. I experienced the mantle passing from one generation to the next. As if to say to me, “I invested in you and now it is your turn to invest in your family. You are endowed with the mission of investing in a new generation who will God willing perpetuate our sacred heritage.”

This vignette embodies the goal and vision of Passover.  Are we ready to receive? Do we fully embrace our role on Pesach night in investing in our future? More than any other night, we are tasked with solidifying our holy link across time to perpetuate the continuity of the Jewish people, the land  Israel and our serving as beacon of hope being a light unto the world.
In a conversation with David Harris, the executive director of AJC, he crystallized this idea in reflecting on our role as a bridge between generations. “At a certain point in life, those who preceded us approach their own finish line. In a relay race, they’re holding a baton which they need to transfer to someone else, if there is someone to receive the baton. Is the person who receives the baton willing to embrace it and then do his or her utmost to sprint during their own lap or laps, until they approach the finish line? The Jewish journey to me is very much the same. I think what’s particularly important is whether, at the end of the day, your legacy leaves when you leave. Whether there is something that you’ve built that outlasts you. And if it outlasts you, then it has to be about more than yourself.”

As religious Zionists and citizens of the world, what can we convey on this night which will be worthy of future memory? God, the Jewish people and Israel are counting on us.

Wishing you and your families a Shabbat Shalom,
Rabbi Daniel Cohen