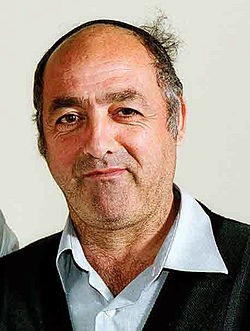 In the beginning of this week’s parshah, God reveals himself to Moshe and tells him his mission. Yet, this is not the first time that God has informed Moshe of his mission, as God has already told Moshe his mission in last week’s parshah at the episode of the Burning Bush. So, as is always the case when things are repeated in the Torah, we have to ask ourselves why the repetition?

Let us look at the first time God reveals to Moshe his mission at the Burning Bush. The reason given for Moshe’s mission as the redeemer is the distress of Israel and their enslavement in Egypt. Hence, the verse states; “Hashem said, “I have indeed seen the affliction of my people in Egypt and I have heard their outcry because of their taskmasters, for I have known their sufferings.” (Shemot 3; 7)

This is in contrast to this week’s parshah, where the emphasis for the redemption is not the enslavement, but the covenant God has made with our forefathers. Hence, the verse states; “And I established my covenant with them to give them the land of Canaan, the land of their dwelling in which they dwelled.” (Shemot 6; 6) According to this week’s parshah the affliction of Israel in Egypt ‘reminded’ God of the covenant, but it is not the reason for the redemption. Moreover, in this week’s parshah God tells Moshe that the Children of Israel are to become God’s chosen nation. “I shall take you to Me as a nation and I shall be Your God; and You shall know that I am Hashem your God, Who takes you out from the burdens of Egypt.” (Shemot 6; 7) Furthermore, in last week’s parshah the Land of Israel is referred to as a land flowing with milk and honey, whereas in this week’s parshah it is the land that God swore to our forefathers.

Now that we have seen the difference between these two episodes of revelations, we must understand why in the first revelation to Moshe God informs him that his mission is to save Israel from their tormentors; whereas in the second revelation, God emphasizes the Divine plan to fulfill the covenant and make the children of Israel into the nation of God.

When in the end of last week’s parshah Pharaoh further burdens the slavery of the Children of Israel, Moshe complains before God that his mission has not succeeded. “Moshe returned to Hashem and said, “My Lord why have You done evil to this people, why have You sent me? From the time I came to Pharoah to speak in Your Name he did evil to this people, and You did not rescue Your people.” (Shemot 5; 22-23) God responds to Moshe by telling him that his mission isn’t merely the alleviation of Israel’s suffering, but the fulfillment of the covenant God made with the forefathers. Since that is the case, then God’s plan for Israel’s redemption from Egypt is much larger, as it is meant to propagate the name of God in the world through the miracles God will perform in Egypt. Therefore, it is necessary to harden pharaoh’s heart so that the miracles through which God’s name will be revealed to the world be fulfilled. Additionally, these miracles are meant to instill inside the Children of Israel an eternal belief in God, and transform them into the nation that will accept the Torah.

However, even in the second revelation to Moshe, which emphasized the covenant, God states that he remembered the covenant due to the suffering of Israel in Egypt. Yet, if we are discussing the covenant, why is a reminder necessary?

Our Sages wished to solve this question through another question. The Sages deal with the fact that while in one place it is written that the enslavement in Egypt will be 400 years, it ends up being only 210 years. In order to answer this, the Sages state that while the enslavement was supposed to be for 400 years, it became so oppressive that God was required to shorten it to save the Jewish People. Thus, even with a covenant, God still needed the suffering of Israel in order to shorten the amount time they were supposed to be enslaved.

Another answer is based off the Zohar’s teaching that every action from Heaven must be precipitated by an action from below (אתעוררותא דלתתא שקודמת לאתעוררותא דלעילא). This is a basic principle in the גאולה redemption, that despite the fact that the redemption comes from above it is dependent on us to take the first steps. Obviously, it is best if this awakening from below comes out of goodness, but at certain times God makes it so there is an awakening for redemption out of suffering. We see that the Children of Israel cried out to God not out of will, but out of affliction. This is because there is always a need for an awakening from below before there is action from above. Thus, even in the second revelation, which is rooted in the covenant, it is still dependent first upon the outcry of Israel from their affliction.