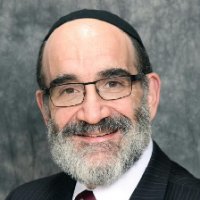 Rabbi Dr. Isenberg is the National Director of Religious Zionists of Chicago.

In our days, when we have no opportunity to bring korbanot, our speech, through daily tefilot, takes their place, we need to be ever-vigilant in our obligation of giving thanks, expressing our Hakarat HaTov. It is relatively easy to recognize the need for such expression after a potential danger has been avoided. The challenge is to realize that there are many things we may take for granted, that deserve our expressed gratitude as well.
As a Mizrachi Executive Director, I have had the opportunity to discuss the goals and ideals of Religious Zionism with many people as part of the rejuvenation of Mizrachi throughout the world and especially in Chicago. I have often been asked: Before and in the early days of the State of Israel it seemed clear, but today, what is a Religious Zionist?”
My response is to pose two questions. First, does one believe that the modern State of Israel, Medinat Yisrael, with all its accomplishments and despite any failings it may have, is a gift from HaShem? Invariably, the answer is yes.
And then the second question. Does one believe that it is incumbent upon us to express Hakarat Hatov – gratitude for a gift from Hashem? Again, the answer is yes.
Done, I conclude. You are a Religious Zionist.
The type of kippa a man wears on his head does not define Religious Zionism. Expressing gratitude to HaShem for the Divine gift of Medinat Yisrael does. Yet, how does one express such gratitude?
Hallel on Yom HaAtzmaut and Yom Yerushalayim and a weekly Tefila for the welfare of Medinat Yisrael and Tzahal are to me, and many others, important manifestation of our expression of Hakarat HaTov, rooted in our haskafic and halachic traditions of Gedolim who realized that something Heavenly miraculous happened in 1948 and 1967.
But make no mistake, those whose traditions do not include such liturgical expressions have no less of an obligation to articulate their gratitude.  Uncontrovertibly, for example, the State of Israel has been a factor in the growth of Torah observance and the Baal Teshuva movement. The ingathering of Jews from countries most inhospitable to Judaism is the stuff of legends. Indeed, the reasons to be thankful are myriad and multifaceted. The responsibility for Jews to do so is universal.
For nearly 2000 years no generation merited to see the creation of a Jewish Nation State. Our parents, and some of us, did. But all of us have the obligation to acknowledge it, to strengthen it, to protect it, and above all else, truly cherish it. Mizrachi provides a vehicle to do so, leading the way, always guided by Torah, in support of ארץ ישראל לעם ישראל על פי תורת ישראל.
That is Religious Zionism.