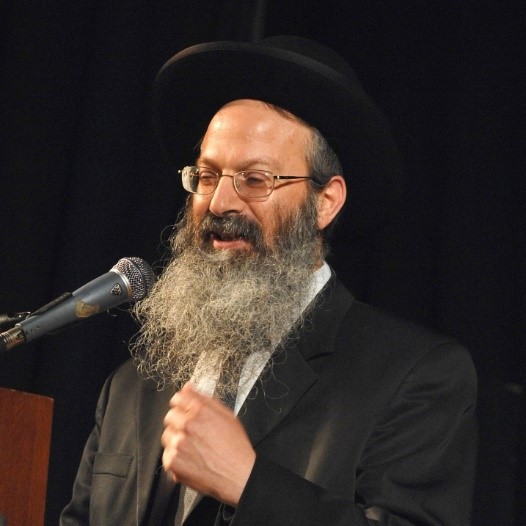 We have already mentioned that the status of Purim is of an in-between nature. Its laws are considered Divrei Kabalah. One way in which this status holds practical significance is that there is a dispute about what to do in the case of a Safek regarding the application of the mitzvot of Purim.

Are we to be stringent in the case of a doubt regarding the laws of Purim, treating it like any other Torah law, or are we to be lenient, as we are for Rabbinic laws?

At first glance, it might be said that we consider the laws of Purim to be on the Torah-level and are stringent in the case of a Safek. This is illustrated in the example of Tiveria: it is said that its inhabitants must read megillah on both the 14th and the 15th of Purim. This is because there is a doubt about whether the city is considered walled or not. And so, perhaps we need to learn from this example that we must be stringent.

However, let us preface with an explanation of the law about walled cities, and then we will return to the question of Purim’s status, of whether we are stringent or lenient in the case of a Safek.

There is a unique phenomenon regarding Purim. And that is, that the holiday of Purim has two times. There is no such thing in other mitzvot. The source of this lies in the story itself. Haman haRasha convinced Achashverosh to rule that Israel’s adversaries can wage battle against the Israel specifically on the 13th of Adar. Even once Mordechai and Esther rose to power, it was impossible to annul the decree.

As an aside, this gives us an understanding of the power of malchut, kingship. Malchut is a very serious thing. Once the king decrees, there is nothing to be done. This is because if a king’s decree were to be taken lightly, it would cast doubt as to the power of the king’s dominion, which has the power to overturn the kingship. Therefore, every commandment, each decree, is ever-lasting.

Mordechai and Esther could not overrule the decree. Therefore, they passed a second decree allowing the Jews to defend themselves. We must remember, it was impossible to know the results. That depended on the morale, the fear etc. Indeed, the fear of the Jews fell onto their adversaries, and the Jews defeated them on the 13th in the entire kingdom of Persia and Medias. But in Shushan, there were many who hated Israel and the Jews did not manage to kill all of them on the 13th. Esther then went to Achashverosh and asked if they could have one more day. Achashverosh agreed and so the people of Shushan fought on the 14th  as well. That is how it came about that in all of Persia, the Jews killed their enemies and celebrated Purim on the 14th whereas in Shushan, they also fought on the 14th and consequently, the holiday was on the 15th.

Afterwards, when the Sages established the holiday for generations, they ruled that in all the regular, unwalled cities, that is, the cities that do not have a particularly important status, will read megillah on the 14th. However, they will read the megillah on the 15th in Shushan, the capital city, in which the miracle lasted for two days, and in which they were able to defend themselves against more people, and also in which they actually celebrated Purim on the 15th  of that year. Really what should be said is that the Sages’ ruling was that Shushan and all cities similar to it would read on the 15th. But if it were to be such, there would be a difficulty concerning the cities in Israel. Israel was in ruins – it had no cities as glorified as Shushan then. So, in order to make sure the once-glorified cities in Israel would not be considered of a lesser status than Shushan, the Sages ruled that the status of a city in Israel would be determined by its having walls during the times of Yehoshua bin-Nun.

Why would that be so? Rav Kook explains that here, the halacha is decided based on a precedent found in the Torah. This precedent is that there is a special status to cities surrounded by walls. For example, the laws of selling a house in a city – that the sale becomes finalized after a year but it can be redeemed within the year – are particular to walled cities. In short, there are special laws regarding walled cities. And these laws began from the time of Yehoshua bin-Nun.

Therefore, when they wanted to compare important cities in the land of Israel to the Shushan, they followed the precedent found in the Torah, that of walled cities having a special status. The cities that would read on the 15th were thus: Jerusalem and other walled cities. However, over the years, many doubts have come up regarding the status of all of the cities in Israel, as well as the city of Shushan, which has since been destroyed and it is unclear where it is. Regarding cities in Israel, the doubts abound. For example, Lud was a walled city but it is unclear exactly where it is, and same with Chevron. Tiveria was surrounded by three walls, but on one side there is the sea – is that considered a wall?

What do we do in the case of a safek, of doubt? The gemara says that in Tiveria they read megillah on both the 14th and the 15th of Adar. Seemingly, this points to the conclusion that the laws of Purim, while having the in-between status of Divrei Kabalah, are considered De’Oraita on some level, because we are stringent in the case of a doubt. Indeed, it appears this way according to the Rambam.

However, many Rishonim explain that the Gemara’s ruling is on the Lichatchila level. In which case, keeping both days is a hiddur and an act of piety. In truth, cities of questionable status fulfill their obligation by reading just on the 14th.

Today, the minhag in these cities is to read on the 14th, especially as the safekot increased with the decreased distance in between the older and the newer parts of cities and the uncertainty as to their borders. Few do read on the 15th as well, such some people in Chevron and Tiveria. The one place in which we certainly read on the 15th is in Jerusalem, which has retained its glory. However, there are also certain parts of the city which have been subject to dispute. Ultimately, the rabbis of Jerusalem decided almost unanimously that everything in its municipality reads on 15th, although there were neighborhoods that remained in dispute despite the ruling, such as Har Nof, Kiryat Moshe and Bayit VaGan. There, they waited until the cities sprawled closer and closed the 70 amah-distance. Ramot is distant as well and was subject to dispute. In Mivaseret, some do read on the 15th because despite the distance it can be seen. However, for most places in Jerusalem, the rabbis of Jerusalem, including Rav Shapira and Rav Morderchai Eliyahu, ruled that municipality determines the day.

Rav Eliezer Melamed is the founder of Yeshivat Har Bracha, rabbi of the Har Bracha community, and the author of the widely popular halacha series P’ninei Halacha. Har Bracha is a religious community which is located on Mount Gerizim in the Shomron.