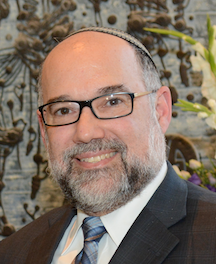 Rabbi Leonard Matanky is the rabbi of Congregation KINS of Chicago, IL and Co-President of the RZA.

In a typical year, Taanit Esther is observed on the 13th of Adar – the day before Purim. But not this year. Because this year Purim falls on Sunday and therefore the “day before” is Shabbat. As a result, Taanit Esther is “moved up” and observed two days earlier on Thursday.

But why do we observe the fast on an earlier date, and not postpone it as we would Tisha B’Av or the 17th of Tammuz when they fall on Shabbat?

The most obvious answer is that the fast days we postpone all recall tragedies, because, as the Talmud teaches, we never “rush” to remember such events. While Taanit Esther recalls the fast the Jews observed before Esther’s unannounced visit to  Achashverosh (or the fast they observed on the day of their battle with Haman’s loyalists [Chidushei HaRan Taanit Chapter 2]).

However, HaRav Yosef Dov Soloveitchik, zt”l suggested an additional reason – that Taanit Esther is part of the “pirsumei nisa” experience [publicizing the miracle of G-d’s salvation] which is so integral to Purim. As a result, by observing the fast before celebrating the victory of Purim, we preserve the historic nature of the season, which G-d responded to our pleas and fasting.

A third possibility was suggested by HaRav Aharon Lichtenstein, ztz”l, who explained that the unique observance of this fast is tied to its unique message as a “zman kehillah,”  (lit. “a time of gathering”) [Megilla 2a].

As Rav Lichtenstein explained, the threat that the Jews of Persia faced at the time of Haman was a result of their willingness to adopt the ideology of their society – an ideology represented by the feasts that Achashverosh presented in the third year of his reign. These feasts, in which the Jews participated, advanced a hedonistic ideology of radical individualism and the glorification of desires – “to perform the will of each individual” [Esther 1:8].

It is for this reason, that Esther insisted that Mordechai “gather all of the Jews” [ibid. 4:16] to fast. Because Esther realized that by bringing the community together, she would succeed in negating the Persian values of individualism and the glorification of desire, creating instead, a sense of community and discipline.

It is for this reason that Taanit Esther belongs before Purim. Because, in order for the miracle of Purim to occur, the fasting and the gathering had to precede it.

Which for each of us is a most important lesson. Not only that celebrations must never be about the individual, but about the community, but even more, that for a miracle to occur we must reach out to others and create a community of caring and a community of commitment.

Which as Religious Zionists has been our unique role throughout modern times, as our predecessors and we built bridges throughout Israeli society, creating not only coalitions but opportunities of growth and cooperation. This is our legacy, and this must be our mission – “go gather all of the Jews!”