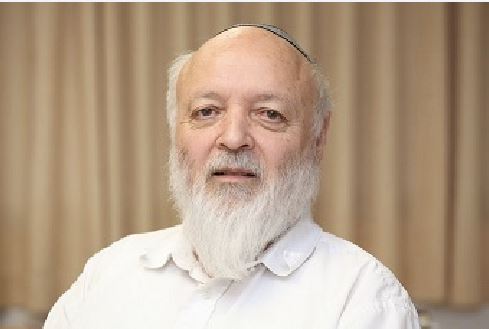 The Ramban, in the introduction to his interpretation of the establishment of the Mishkan, writes:

Now that God has told Israel face to face the Ten Commandments, and had further commanded them through Moses some of the precepts which are like general principles to the [individual] commandments of the Torah— in the same way that our Rabbis were accustomed to dealing with strangers who come to be converted to the Jewish faith— and now that the Israelites accepted upon themselves to do all that He would command them through Moses and He made a covenant with them concerning all of this, from now on they are His people and He is their God…He first commanded concerning the Mishkan, so that He would have a house dedicated to His name, from where He would speak to Moses and command the children of Israel… The secret of the Mishkan is that the Glory which abode upon Mount Sinai [openly] should abide upon it in a concealed manner. For just as it is said there, “And the glory of the Eternal abode upon Mount Sinai” (Ex. 24:16), and it is further written, “Behold, the Eternal our God has shown us His glory and His greatness” (Deut. 5: 21), so it is written if the Mishkan “and the glory of God filled the Mishkan” (Ex. 40: 34).

The Glory of God, which appeared to the nation of Israel at Sinai, rested on the Mishkan and through this made the Revelation eternal.

It may be assumed that the Ramban’s source was the Midrash:

The verse which the sages interpret is: “The mountain God desired as His dwelling- God shall dwell there forever.” The beginning of the verse is interpreted to refer to Ma’amad Har Sinai, and the end as a reference to the Temple. The explanation of the verse is that God desired to descend on Mount Sinai [for a limited time] to give the Torah to Israel, but He would continue to dwell in the Temple eternally.

The Rambam sees the matter of the Mishkan in another light. According to the Rambam, there is no continuation of Ma’amad Har Sinai. As he writes in the Moreh Nevuchim:

…All this merely taught them this: this great gathering that you saw – I mean to say, the Gathering at Mount Sinai – will not be a thing subsisting permanently with you, and in the future there will not be anything like it; and there will not permanently be fire and a cloud, such as those that are now always on the tabernacle.

In the Rambam’s opinion, the holiness of the Temple flows from the location of the Temple itself, as it is “the place which God will choose.”

We first encounter the Temple in the account of the Binding of Isaac, as the Rambam writes in the Mishneh Torah:

Isaac was prepared as a sacrifice in the Temple site, as it is said: “Go to the land of Moriah” (Gen. 22:2) and in Chronicles (II 3:1), it is said: “Then, Solomon began to build the House of the Lord in Jerusalem, on Mt. Moriah, where [the Lord] appeared to David…

And he also wrote this in the Moreh Nevuchim:

Therefore Abraham our Father singled out Mount Moriah, because of its being the highest mountain there…In my opinion there is also no doubt that the place singled out by Abraham in virtue of prophetic inspiration was known to Moses our Master and to many others. For Abraham had recommended to them that that place should be a house of worship…

Abraham was the one who sanctified this place after the Binding of Isaac, and afterward this place was referred to as a Temple, for it was there that God chose to establish the Temple.

As we saw, the Rambam thought that the Revelation at Sinai was not an eternal event and it had no continuation. Even the quality of the Torah which was given at Sinai was unique. So he writes in the Moreh Nevuchim:

Nothing similar to the call addressed to us by Moses our Master has been made before him by anyone of those we know who lived in the time between Adam and him; nor was a call similar to that one made by one of our prophets after him. Correspondingly it is a fundamental principle of our Law that there will never be another Law.

The prophecy of Moshe is the only one whose validity was the validity of the Torah. Because of this, in his Sefer Hamitzvot, the Rambam does not list Rabbinic mitzvot, and does not even include mitzvot which were learned by the sages through the 13 principlesthrough which the Torah is explained. Only things which were explicitly stated at Sinai have the status of a Torah level Mitzvah.

The Ramban sees a feature in the Revelation at Sinai which continues throughout all generations in the Beit HaMikdash. Even the edicts of the Sanhedrin which ruled from the Beit HaMikdash continue the conferment of the Torah to the nation of Israel, as he writes with regards to the obligation to listen to the great court:

It is known that not all opinions concur on newly arising matters. Disagreements would thus increase and the one Torah would become many Torahs. Scripture, therefore, defined the law that we are to obey the Great Court that stands before God in the place that He chose in whatever they tell us with respect to the interpretation of the Torah…. For it was subject to their judgement that He gave them the Torah even if it [the judgement] appears to you to exchange right for left. And surely you are obligated to think that they say “right” what is truly right, because God’s spirit is upon the ministers of his Sanctuary, and He does not forsake His saints; they are preserved forever from error and stumbling.

“The place which God will choose” is the source of the emergence of Torah which promulgates and interprets what was given at Sinai.

Rabbi Yehoshua Weitzman is the founding Rosh Yeshiva of Yeshivat HaHesder Ma’alot. An alumnus of Yeshivat Kerem B’Yavneh, Rabbi Weitzman also studied under Rabbi Naftali Tavi Yehudah Kook. Rabbi Weitzman is the author of the book Zahav Ha’aretz, in which he lays out his method of study, termed Torat Eretz Yisrael. This method, which follows in the footsteps of Rav Kook, is meant to create a connection between Halachah and Aggadah, explaining how specific halachot are derived from larger central themes.