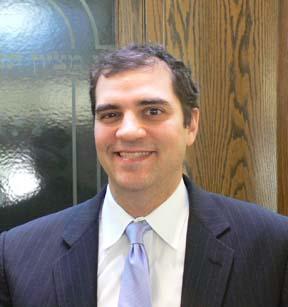 Rabbi Kalmar is the rabbi of Anshe Sfard Kehilat Torah in Milwaukee, WI.

The theme of the parsha of Shelach is the meraglim, the spies.  God and Moshe send the spies out to check out the land of Israel.  They go, they spy, and they return.  They tell the people what they saw –  “we have come into the land to which you sent us, it flows with milk and honey, and here is its fruit.  But, the people that dwell there are very powerful, the cities are fortified, and there are giants there Furthermore, our enemies, the Amaleki, the Chitti, the Yevusi, and the Emori are nearby…  We cannot defeat these people, for they are too strong, it is a land that devours its’ inhabitants…  All the people are huge, and we were like grasshoppers compared to them.”  That is the report of the spies.  How does the Torah characterize the report of the spies – vayotziu dibas ha-aretz asher taru osah – they brought forth an evil report on the land that they had spied out. The Torah condemns the report of the meraglim as evil.  But what was so evil about it?  What did they do that was so wrong?  Did they say anything that wasn’t true?  The cities were fortified, Amalek was there, the Jews were like grasshoppers in the eyes of the giants.  Was it wrong for them to tell the truth?  What did they do that was so bad?

The Ramban famously explains that the root of the problem can be found in the simple word efes. The word but.  They could have just stated the facts as they saw them.  Instead they put in a subjective analysis – yes it’s a land flowing with milk and honey – but…. There are all these problems and you won’t be able to overcome.  The but makes the entire thrust of their report a negative one.  This is what makes the report of the meraglim an evil one.  It is the negative spin that they add to their statements.  The way they conveyed their report led the nation into hysteria and into panic.  The spies were supposed to check out the land and tell the Bnei Yisroel how they were going to go up to the land in triumph, instead, they caused the people to want to go back to Mitzrayim.  Instead of being a report of progress, it was a report of paralysis.

The Medresh Rabbah on Parshas Bereishis tells us that God was trying to decide whether to create human beings or not.  The middah of chesed, of kindness, came before God and said “yibarei – you should create humans, for they will do acts of kindness”.  But the middah of emet, the trait of truth, came forward and said “al yibarei” – don’t create humans, for they are all liars.”  The Medresh continues “What did God do?  God took truth and flung it to the ground.”  This is very strange.  God flinging truth to the ground?! God rejecting truth?  The Gemara in Shabbat tells us that truth is the seal of God?  How could God reject truth?  Is one supposed to support lying and falsehood?  One could suggest that God rejected truth not because God supports falsehood, but because of the way that truth approached the issue.  Truth took a negative approach – don’t create the world.  Truth could have looked at it like this – many people will often lie, but many people will often tell the truth.  Instead truth’s approach was completely negative – don’t create the world.  God then takes truth and throws it aside – if the way one sees the world will cause an al yibarei, a lack of creation, then God is not interested.  God is interested in yibarei, in creation and in creativity, and not in the inaction and negativity.  A truth which results in paralysis is an unacceptable truth.

In regards to the building and settling of Medinat Yisrael, there have been many voices that said efes and al yibarei – don’t do it – for political, religious, economic, social and a host of other reasons.  We have been zocheh to live in a time where so much building and growth and Torah are hallmarks of Eretz Yisrael and Medinat Yisrael.  When it comes to settling in Israel, we often come up with reasons why we cannot do so – “I’d like to make aliyah – but…“, even though we live in a time when it is easier than ever to do so.  May we not find ourselves becoming modern day meraglim and repeating their mistakes.  May we find ways to build up Israel and support Israel and visit Israel and move to Israel.