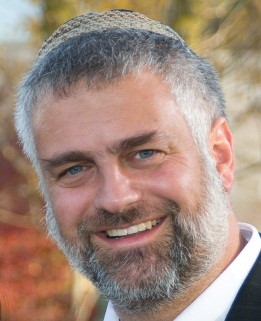 When describing the sin of the spies, the Torah uses a somewhat unusual term: “Vayotziu dibat ha’aretz” (Numbers 13:32).  While this is usually translated as “they spoke evil about the land” or “they slandered the land,” the exact meaning of the word “diba” is elusive. The word appears only a few other times in the Bible, and only one of these is in a narrative context, describing something bad that Joseph told his father about his brothers: “Vayave Yosef et dibatam ra’ah el avihem” (Genesis 37:2).  However, since the Torah does not inform us of the content of Joseph’s report to his father, the precise meaning of the term remains unclear.

In addition to the uncommon word used to describe their report, there is something quite unusual about the specific type of evil speech through which the spies sinned.

Jewish law describes several different offences in the category of evil speech.  Spreading false rumors or lies is called motzi shem ra.  Additionally, there are other offences called lashon hara and rechilut that prohibit revealing negative true information without justification.  So there are sins involving lies, and sins involving the truth.  In which category should we place the dibat ha’aretz of the spies?

On the one hand, a careful reading of the Numbers 13:17-32 demonstrates that everything they said was true.  So they weren’t guilty of motzi shem ra. But it wasn’t lashon hara either, since the information they revealed (that the inhabitants of the land were numerous and strong and that some were giants, that the cities were powerfully fortified and that the living conditions could be harsh) was not objectively negative.  Indeed, the two dissenting spies who gave a favorable report did not dispute any of the facts revealed by the others.  Furthermore, the spies had been specifically charged with the mission of reporting on these very matters (see 13:18-20).

So what, in fact, was the nature of this dibat ha’aretz?  It seems that in this case, the sin was simply about how they presented and interpreted the information.  The very same facts that could lead some of the spies to declare, “We can certainly accomplish it…the land is very very good!” (13:30, 14:7) caused others to proclaim, “We cannot make it there…it is a land that consumes its inhabitants” (13:31-32). It’s simply a matter of perspective.

The minority report of Joshua and Caleb was infused with faith and optimism; the majority report of the other ten was poisoned with cynicism.  Tragically, the destructive power of cynical negativity was too great to overcome, causing an entire generation to die in the desert.  This was the sin of dibat ha’aretz.

There’s a powerful lesson in this, especially in the age of the internet and social media.  Often, the tone and context in which information is presented is even more important than the facts themselves – and this is particularly true when it comes to anything having to do with Jews or Israel.

Of course, genuine problems in our communities and our country must be exposed, confronted and overcome, and legitimate arguments must be debated.  But cynicism is never called for.  So as we read about the spies this Shabbat, let’s resolve to work vigorously to fix whatever is broken, but not to slander (or “l’hotzi diba”) our people, our brethren and our country.  Let’s join Joshua and Caleb proclaiming “The land (and its people) are very very good!”

Rabbi Alan Haber studied at Yeshivat Har Etzion, located in Alon Shvut, where he has lived with his family for the past few decades.  He is one of the founders of Michlelet Mevaseret Yerushalayim, where he served as Director for 16 years.  Currently, he teaches at Midreshet and Yeshivat Torah Va’avoda, Nishmat, and Matan.  He is also a licensed tour guide specializing in educational tours throughout the country.