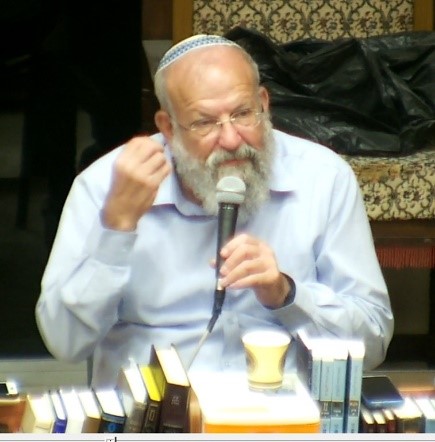 Because he was zealous for his G-d

Our Parsha opens with the wonderful blessings Pinchas received in the wake of his zealousness for G-d in the event with Zimri: “Behold I am giving him my covenant of peace and it will be for him and all his descendants after him, a covenant of eternal priesthood, because he was zealous for his G-d and he atoned for the children of Israel.” Upon reading these things a simple question emerges. Seemingly, peace is the exact opposite of zealousness, especially as it manifested itself in Pinchas’s case, in that he took a spear and killed a leader of Israel. The reward doesn’t fit the act. The question becomes even stronger once we note that Eliyahu, who also was zealous for G-d, later becomes the messenger that turns the fathers’ hearts to their sons and the sons’ hearts to their fathers – his entire task becomes to return love and brotherhood among Israel.

The “covenant of eternal priesthood” that Pinchas receives is also seemingly not a fitting reward for his act of zealousness. A priest (cohen) is a persona of kindness, as given by the verse “Your tumim and urim for the man of Your kindness,” and his designation as a “messenger of ours.” He represents ultimate love. Also, Pinchas ben Elazar is already a cohen, so the nature of this covenant is unclear, and the verses do not offer any explanation. Rashi writes that if it were not for the covenant, Pinchas would actually not be a cohen for the priesthood was given to Aharon, his sons, and his future descendants; Pinchas, a grandchild, had been born earlier and had not been included. There is another opinion that “the covenant of eternal priesthood” means that all the High Priests would come from Pinchas’s line. According to this opinion, the question of the relationship between Pinchas’s zealousness and the eternal priesthood he receives becomes even stronger. The High Priest is none other than the man who loves and is beloved by Israel. He is the one who carries the people of Israel’s names on his shoulders and over his heart and atones for all of them. All those who murdered unintentionally depend on him, and consequentially all love and brotherhood among Israel is contingent upon him. If so, it must be clarified – why by virtue of his zealousness, did Pinchas receive the gift of priesthood, the complete opposite attribute, and why did he not instead simply merit the attribute of zealousness?

Also his enemies shall make peace with him

First let us attempt to understand what good there is in the attribute of kina’h (commonly, jealousy; or, zealousness). In the simple sense, kina’h (jealousy) is not a good thing; on the contrary, it is a deficient, despicable character trait. However, as the Rishonim say, “[an act done in a time of] need will not be degraded,” and when kina’h is used in a time of need, it loses its derogatory aspects. It is “a need of the moment” (tzorech sha’ah). Because it is normally a negative trait, though, we could have thought that its derogatory aspect would “cling” to Pinchas and lower his moral standing. Therefore the verse comes to say that whatever lack existed was filled, “Behold I am giving him My covenant of peace.” Pinchas’s involvement with a force that has such a negative aspect had the potential to bring him down, and so G-d gives him His covenant of peace so that the kina’h would not turn into a stumbling block. According to this, the words “tachat asher kineh” can be explained not as “because he was zealous” but in the sense of replacement, “instead of his zealousness.”

Moreover, we can understand peace to be the complement of the trait of zealousness. Because Pinchas’s act certainly caused confusion, embarrassment, and grievance, especially from the tribe of Shimon, and because Pinchas’s figure became enmeshed in controversy, the Torah gives him a covenant of peace to clear things up. The Torah says, “When G-d favors the ways of a person, also his enemies will make peace with him.” That is, because the zealousness was approved by G-d, therefore, even though by nature it causes distance between people even when for a good cause, therefore G-d gives him a covenant of peace so that he would not be hurt by it or others.

And one who loves him gives him rebuke

In a deeper sense, it might be said that peace and kina’h are not two completely different, contradictory things. At first glance, it could seem that kina’h stems from fastidiousness and hatred, from a distance between Pinchas’ and Zimri’s souls. From his hatred came his zealousness and thereupon his killing him. But there is room to say the exact opposite. There was no one among all of Israel who felt greater love and closeness to Zimri than Pinchas. These things are not that which are on our level, to do or to understand, but it is Torah and we are to learn from the acts of the giants of Israel.

How may we understand Pinchas’s zealousness as an expression of his great love? Just as a father chastises his child more than he would a friend’s child or a neighbor’s child, particularly out of love for his son, so may we understand Pinchas’s act to have been out of love. It is true that sometimes one punishes out of weakness; however, we have the principle, “Whoever spares the rod, hates his son, but one who loves him gives him rebuke.” The father disciplines his child out of love and care for him. A father cares very much for his child; he feels a deep love and inner connection to him. His actions also affect him on the inside more than would those of a person who is more distant to him. Therefore, he cries out when his son is hurt.

Pinchas’s zealousness stemmed from his great love and care for Zimri, the closeness a father feels toward a child. More than anyone in Israel, Pinchas heard Zimri’s soul cry out. He heard the shriek of his soul splitting when he committed the sin. Pinchas cried together with Zimri’s soul and his act was done out of love.

Pinchas’s act of zealousness is not one that happens every day, besides for the fact that a transgressor does not often commit his sins in public. Who would go in the harlot’s tent? Only a zealous person could harm one who has relations with an Aramean woman, because he is not used to seeing dvar erva. The law “one who has relations with (boel) an Aramean woman; the zealous attack him” is not a law that comes up in reality because it is referring to someone caught at the very time of the act, as boel is written in the present tense. Therefore, if Zimri would have noticed Pinchas and separated himself from the act, it would have been forbidden to kill him. Moreover, if Pinchas were to have killed Zimri one second too late, not at the time of the act itself, he would have been liable to death by witnesses and warnings. Therefore, the Sages say that many miracles were done at the time of Pinchas’s act.

In his zealousness, Pinchas took a risk. He relied on miracles and risked his life because he knew that Zimri’s “death is his atonement,” that only by death would Zimri’s act be atoned for. In his act, Pinchas pured Zimri of defilement and even atoned for Zimri’s tribe. With this act, Pinchas purified all of Israel and because of it, the plague stopped.

According to the first explanation we brought, Pinchas’s zealousness is directed at Zimri and the covenant of peace acts to balance him out. But this is only on the surface. On a deeper level, we explained that the zealousness was for Zimri’s good and a manifestation of Pinchas’s love for him. Clearly, this is not for everyone, and Pinchas’s love extending to his taking a spear in hand and killing him was his unique level.

Our teacher Rav Kook ob”m goes so far as to say that even Amalek is beloved by Israel, but this love is “above the Heavens.” Indeed, in order to love Amalek one must be above the Heavens. The trait of love among the righteous includes every created thing and does not exclude any nation or language. Even Amalek is only to be wiped out under the Heavens – but with purification, it can elevate itself to its good source, which is above the Heavens and be included in the “Higher Love” (ahava elyona). However, great strength and extreme purity is required for such a unique thing.

The “Higher Love” toward Amalek above the Heavens does not exempt us from being below the Heavens and to heed the law, “You shall surely erase the memory of Amalek.” The ability to exist on both planes simultaneously is extremely unique, and it manifested itself in the persona of Pinchas. On the one hand, Pinchas acted “below the Heavens” and killed Zimri. On the other hand, Pinchas acted out of a love that was “above the Heavens” for Zimri’s soul, and therefore he merited the covenant of peace. It was a covenant between Pinchas and Zimri. By virtue of this covenant, Pinchas received the covenant of eternal priesthood, just as Eliyahu, who was also zealous for G-d, received the ability to turn the fathers’ hearts to their sons and the sons’ hearts back to their fathers.

According to the two explanations we brought, the verse “Behold I am giving him my covenant of peace” can be read as “peace between Pinchas and the nation.” However, a close look at the wording will lead us to a deeper understanding, yet. The verse says, “Behold I am giving him my covenant of peace.” That is to say, there is existed a great tension within Pinchas himself between the “below the Heavens” and “above the Heavens” drives within him. On the one hand, there was the “below the Heavens” aspect – his ability to take a spear and kill a Jewish person. On the other hand, there was the “above the Heavens” aspect – his ability to love every Jewish person, a love of a High Priest, and like the love of Aharon haCohen, who “loved peace and chased after peace.” Therefore, in order to have the ability to be zealous out of love, Pinchas needs to have peace within himself. This is the promise of “My covenant of peace.” G-d promises him that the peace, balance, and complementary nature of his two sides will not be damaged. Because Pinchas was full of love, his killing of Zimri stemmed from it, and for the same reason, everyone saw his love and treated him with love, and therefore, Pinchas received the “eternal priesthood.”

Rav Shapira is a talmid of Rav Tzvi Yehuda Kook, zt”l. In 5754 (1994) he founded Yeshivat Ramat Gan. He is married to Naomi and has eleven children. Today, besides teaching in the Yeshiva, Rav Shapira also teaches at Bar-Ilan University, Midreshet Shuva, and Midreshet Oriah.