Parshat Emor: “‘For This You Were Created:’ Accepting our Priestly Role” by Rabbi Noah Cheses 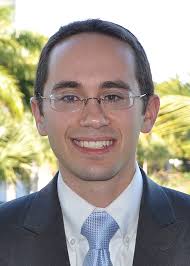 Rabbi Cheses is the rabbi of the Young Israel of Sharon in Sharon, MA.

The great sage, Rabbi Yochanan ben Zakai, underscores the notion that we were created with a specific mission and mandate:

R. Yochanan b. Zakkai received the tradition from Hillel and Shammai. He was wont to say, if you have studied Torah a great deal, do not congratulate yourself, for it is toward this purpose you have been created (Avot 2:9).’

In a drasha, later published as an essay, Rabbi Yosef Soloveitchik expands upon this last phrase, for this purpose you were created, and formulates what he calls: “The Doctrine of Assignment.”     He articulates the idea that every human being was created and sent to this world as an agent, or messenger of G-d, to bring G-d’s presence into every arena of life.

This dogma has several important corollaries.  If forces us to ask ourselves: why were we brought into the world at this juncture in human history, with this family and these friends, with the state of Israel and a reunified Yerushalayim? More important than answering this question, Rabbi Soloveitchik contends, is asking it in the first place. The thrill or excitement of living life according to the ‘Doctrine of Assignment’ is that we never figure out, at least not with certainty, what our specific mission actually is. No one tells us. We might have moments, such as during the study of Torah as R. Yochanan dictates, in which we feel like our purpose is being fulfilled but the mission remains somewhat ambiguous and open-ended.

The assumption of contemporary American culture, that personal autonomy reigns supreme, creates many challenges in accepting the belief that we were born into a particular people with specific roles and responsibilities. This struggle, however, is not new or fully the result of our modern ethos. It has much to do with human nature and the resistance against being told what to do.

The instruction from Hashem to Moshe in the first pasuk of Emor calls attention to the same concern:

G-d said to Moshe: ‘say to the kohanim, the sons of Aharon, and you shall say to them that they should not become impure [by touching the dead bodies of regular members] among the Jewish nation (21:1).

Moshe is hereby called upon to instruct the kohanim regarding a series of rules that apply uniquely to them. Other Jews do not have the same personal limitations with regard to whom they can help bury and whom they can marry.  Several commentators wonder about the doubling of language in the first pasuk: emor and amarti.

The Ramban suggests that the repetition is for the purpose of emphasis, namely that Moshe ought to be strong in communicating clear and firm boundaries to the kohanim. Perhaps he would use a tone of voice that would help instill the seriousness of these laws and thereby increase the likelihood that the kohanim would accept these unique responsibilities.

Alternatively, Rashi posits that this communication needed to be made over and over again because it was being done from adults to children, from Moshe to the sons of Aharon. Educating little people is hard, especially when it comes to limiting perceived freedoms. It often requires delivering a message repeatedly and even then it is hard for it to be absorbed.

In order to better own our religious Zionist identity, I suggest that we take the lead from both of these commentaries, and communicate the ‘Doctrine of Assignment” with more seriousness and repetition. Amplifying this idea and its consequences will, I believe, help us and our children carry the mission and fulfill the mandate that we were bestowed as a ‘priestly nation.’