Parshat Behar-Bechukotai: “The Holiness of the Land of Israel” by Rabbi Elazar Aharonson 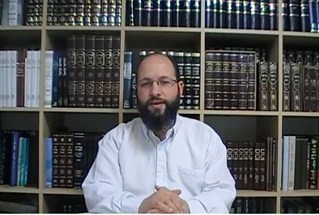 The past several parashiyot have dealt with the concept of kedushah, holiness. Parshat Kedoshim dealt with the holiness of man “You shall be holy, for I am holy” (קדושים תהיו כי קדוש אני), Parshat Emor also dealt with the sanctity of man, but mainly with the sanctity of time “God’s appointed festivals which you shall designate as holy convocations” (מועדי ה אשר תקראו אותם מקראי קודש). Subsequently, Parshat Behar-Bechukotai deals with the sanctity of the Land of Israel, “the land shall observe a sabbath rest for God” (ושבתה הארץ שבת לה). Sefer HaYetzirah states that all these three, the holiness of man, time and land testify to the oneness of God who created them. Additionally, all three (man, time and land) are the foundations upon which life stands upon. Yet fascinatingly, while dealing with the holiness of the land the Torah speaks about the land not as some non-living object but as a living being. Indeed, in Parshat Behar-Bechukotai the Torah seems to explicitly equate the redemption of man and that of the land, telling us that not only do men require redemption; the land also requires redemption.
And we see this too within the curses of Parshat Bechukotai, “I will make the land barren, and your enemies who dwell there will be desolate” (והשימותי אהי את הארץ ושממו עליה אויביכם היושבים בה). On the surface one might assume that this is a horrific curse; that the Land of Israel will be so desolate that even our enemies will not be able to dwell there. Rashi and the Ramban, however, point out that this is actually a blessing, for it means that the nations of the world will not be able to settle the Land of Israel, thus keeping it empty till we return. Indeed, throughout the exile this was extremely evident, as the Land of Israel was a barren land and despite many attempts no nations were able to settle it. Yet when Jews returned en masse to the Land of Israel, suddenly the land became fruitful and sprouted.
Therefore, the Land of Israel isn’t just a land, but a living being and a sacred place which the Jewish People have a living connection to. Consequently, when the Jewish people return to the Land of Israel it isn’t merely redeeming for our nation but also redeeming to the land. Moreover, this is true not only in the national sphere but also in the individual sphere, as every individual Jew owns a piece of the land that was inherited to him. The Torah teaches us that during the Yovel (Jubilee) the land returns to its original owners.  Why? Because God teaches us that the Land of Israel does not belong to us, but to Him; “The land shall not be sold in perpetuity, for the land is Mine; for you are sojourners and residents with Me” (והארץ לא תמכר לצמיתות כי לי הארץ כי גרים ותושבים אתם עמדי). With this in mind we can better comprehend the importance and significance of the Land of Israel in the Torah.