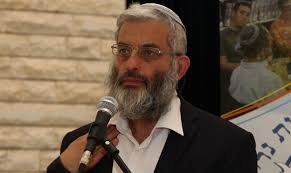 Surprisingly, it is from the wicked antagonist in the parasha of Balak – Bilam – that we learn an important rule about life. The Babylonian Talmud in Makot says: “Heaven directs a person on the path he wants to go. First, it says ‘Do not go with them,” and then ‘Rise and go you with them.’”

In doing so, Hashem gives people great powers of choice, to the extent that He assists a person in his choice, even if he is wicked. R. Zadok of Lublin writes that Hashem helps even when it goes against His will, just as He helped Elijah hide in the Krit riverbed, although Elijah had used the Key of Rain against Hashem’s will. On the other hand, Hashem watches over the world to see that things go well. How do we reconcile these two things?

When the world is governed according to the divine course, Hashem acts to fulfill His aims. That’s how events that are beyond the framework of reward and punishment can occur. Thus, in the Exodus from Egypt, Hashem took the Children of Israel out of Egypt although they were idol worshippers, because it was part of the divine plan.

There is also a difference between the two courses concerning free choice. On the course of law, a person’s choice is a major factor and Hashem helps him fulfill his choice. But on the divine course, Hashem directs occurrences despite a person’s choices so as to achieve His divine goals.

How can we reconcile these two courses? It is part of Hashem’s greatness, to advance his plan towards the great goals while taking a person’s choice and “recalculation of the route” into account. That is why when Bilam wanted to curse Israel, Hashem tried to prevent him from doing so. However, in light of Bilam’s persistence, Hashem helped him reach Balak. Hashem’s ultimate goal is to help Israel, so He intervened so that Bilam, who despised Israel, would bless it.

Hashem decided that Israel would leave Egypt 430 years after the covenant with Abraham – the Brit bein HaBetarim – and 400 years after the birth of Isaac. But what would happen during that period, whether it would all be “slavery” or being “strangers” or “affliction” as mentioned in the covenant, would be determined by Israel’s choices and deeds.

Today, we can see that Hashem is advancing the redemption through His unique governance despite the difficult reality in which our people lives. But the redemption’s form and rate of advancement depend on us. Our sages have said: “Should they merit it – I will speed it up; should they not merit it – it will come slowly. And this is the case in many details of the redemption.

From the deed of that wicked Bilam, about which the Torah goes into great detail, we can learn a very important lesson – that the redemption is up to us, if our deeds warrant it, we will merit divine intervention.

Rabbi Shlomo Rosenfeld is the Rosh HaYeshiva of the Yeshivat HaBikka, the hesder yeshiva of the Jordan Valley. The Jordan Valley is generally known for its 120 degree summer heat, and for bordering Jordan, but the Torah that it produces is just as sweet and refreshing as the dates that it exports around the world.