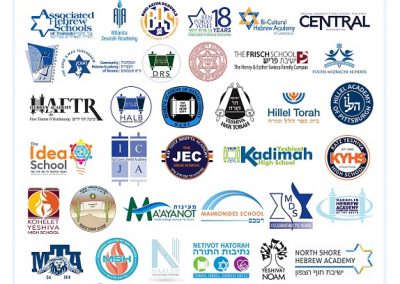 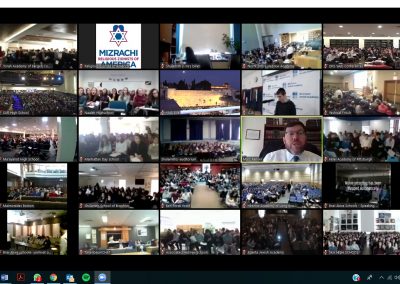 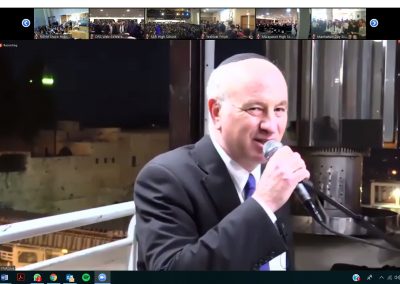 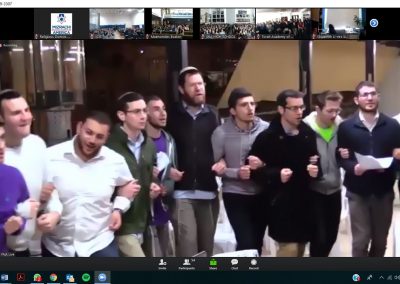 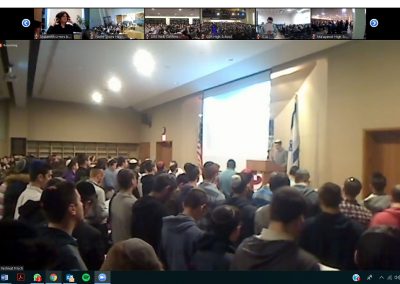 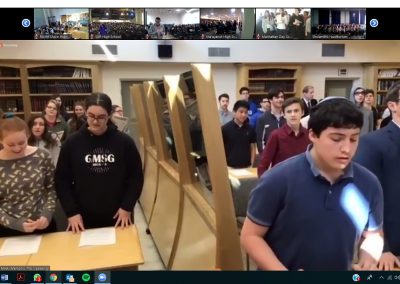 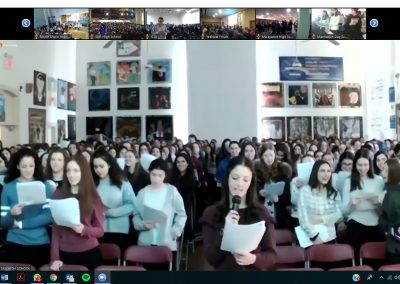 Before Queen Esther risked her life by making an uninvited visit to King Ahashverosh to seek protection for her people, she asked that all of the Jews of Persia gather together in fasting and prayer.  It was this unity, commemorated by Taanit Esther – the Fast of Esther – which was reproduced by an estimated 3,500 students last Wednesday, March 20th, albeit in a modern and ‘virtual’ format.

The 50 participating schools were connected together, as well as to a patio overlooking Jerusalem’s Kotel Plaza, via interactive video monitors.  While some remarks originated from Jerusalem, as did the music that accompanied the students’ soulful singing, many of the Psalms, words of Torah and other elements of the 45-minute program emerged from the school locations.

Participating in the program were:

“I want to thank you for the opportunity you provided for our students this morning.  Viewing the Kotel live while reading Tehillim, listening to Divrei Torah, and singing together allowed each of us to feel a strong Kesher to Eretz Yisroel.  Knowing that many Yeshivot and Hebrew Academy’s around North America were participating with us, truly inspired a sense of Achdut Yisrael. “

“It was an amazing program. Thank you so much for organizing. It was exciting for my 8th graders to see the other schools, to hear from you and to see the kotel. The tefillot were meaningful and it was such a nice experience coming together as a wider community. Thank you for helping make our fast day more meaningful.”

“I thought it was a fabulous program and the goals were definitely accomplished on our end.  In particular, I loved the choice of speakers and the focus for their presentations, the tight structure, and the student involvement piece.“

“It has been an honor throughout the year to partner with RZA in your wonderful work for Diaspora schools, but today’s program was above and beyond. It was beautifully structured, and extremely meaningful for all of the participants. Our seventh and eighth grade students, who do not always connect easily with tefilla or with tzom, were incredibly engaged in the prayers, the singing, and the brief but powerful Divrei Torah that were just the right length for them. The sense of community that was fostered, and the palpable feeling of belonging to something larger than themselves, brought tears to the eyes of many of our staff members. One of them, a shlicha from Israel, commented to me that this was the most meaningful Taanit Esther she has ever experienced.”

The cross-country program entitled “Lech Knos Et Kol HaYehudim” – “Gather All the Jews,” a direct quote of Queen Esther’s words in the Megillah, was the result of a partnership of RZA-Mizrachi and IsraEd.  The concept was the brainchild of Rabbi Joel Cohn, Director of IsraEd, a non-profit that specializes in Israel programming via videoconferencing.  Before making Aliyah, Rabbi Cohn was the principal of SAR Academy in Riverdale, New York.  “We gathered these thousands of students together to make use of the gift given to us by our forefathers and mothers, the gift of Chesed and prayer.”  Rabbi David Israel, Executive Vice President of RZA-Mizrachi said, “It is always the right time for prayer, but certainly this year when unprecedented anti-Semitism and terrorism have raised their ugly head in the United States, it was an appropriate time. When the Jewish People are united, just as in the time of Esther, we will survive. We will succeed.”

Religious Zionists of America-Mizrachi (RZA-Mizrachi) was established in 1914 as an educational and ideological organization to strengthen Religious Zionism in the United States, promote Aliyah, and support the Yeshivot Hesder.